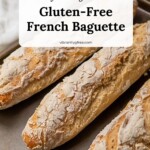 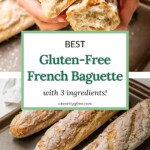 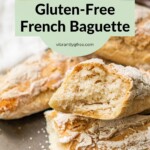 Spoiler alert: gluten-free French baguettes are not hard to make! In fact, they have only three ingredients and don't require much hands-on time at all (this recipe is no-knead). Here I've been searching the internet for a good gluten-free baguette, and it was in my kitchen the entire time.

If you haven't made these yet, I am so happy you stumbled across this page. They are soft on the inside and crusty on the outside. Plus, I share a trick for getting that golden crust you've grown to love. And I linked the best super-affordable baguette mold to make up for the fact that gluten-free flour rises horizontally (rather than vertically).

Don't trust the non-gluten-free recipes that claim gluten-free flours “will work too”. This is what you really need to get the perfect gluten-free baguette!

Undoubtedly, this is a recipe you'll want to make over and over again!

What gluten free flour is best for bread?

The best pre-made gluten-free flours for bread are Pamela's All-Purpose Gluten-free Flour and Bob's Red Mill gluten-free flour. These two blends are tried and true for many baking recipes, and especially bread.

I used Pamela's All Purpose Gluten-free flour blend and found that the taste and texture of the gluten-free French baguette was just like the traditional!

You cannot get a true baguette flavor without yeast! I promise that with this no-knead recipe, it will also be no fuss. However, if you prefer bread with baking soda, check out our Gluten-Free Irish Soda Bread recipe.

Dry yeast is naturally gluten-free. However, some brands add starch to the final product to prevent clumping. Always check the ingredients list for additives or stick to a known gluten-free yeast brand, like Red Star.

Without salt, bread is simply flour and yeast. Perhaps salt’s most important role is making bread flavorful and delicious! Of course, we include it in this recipe.

You will not find any milk in this recipe. While many gluten-free bread recipes include dairy milk, traditional baguettes are made with four simple ingredients: flour, yeast, water, and salt.

The French are known to delight in simple pleasures, and I am far from making complicated changes to traditional perfection.

Here are the tools and ingredients you need to make these incredible gluten-free french baguettes:

How do you make French baguettes from scratch?

What do the French put on baguettes?

The French love to layer butter or jam on their baguettes, and rarely eat the bread plain by itself. Other delightful accompaniments include butter with a thin slice of ham, cheese, chocolate spread like Nutella, and honey. French bread is also commonly used to wipe the plate clean at the end of a meal.

What I eat with a french baguette

I almost always make French baguettes with soup or stew. I also love adding coconut butter and a pinch of sea salt (the dairy-free version of ‘salted butter’) or honey. If I make enough, it's also my favorite sandwich bread!

French bread never lasts long in my house, and with this recipe, it won't last long in yours either!

What makes a French baguette crispy?

Baking at a high temperature for at least 40 minutes is the most important step for making a french baguette crispy. Adding a water bath of 2 cups of boiling water in a bowl or pan on a rack below the bread for the first 10 minutes of baking will also encourage a crispy crust.

Troubleshooting -- Why is my baguette not crispy?

Here are some reasons why your baguette may not be crispy:

Use a baguette pan.

To get a proper baguette shape using gluten-free flour, you will need to use a mold. This is because gluten is responsible for holding bread together so the bread can rise upwards.

In gluten-free bread, you replace gluten with xanthan or guar gums. These gums serve a similar purpose but are not as strong as gluten. You need a baguette mold to encourage vertical rise from the outside.

After a lot of research, I finally settled on this affordable silicon baguette pan. I highly recommend it, and this recipe will make the exact amount of dough needed to fill it.

Make sure that your gluten-free flour includes xanthan or guar gum. I recommend Pamela's All Purpose Gluten Free Flour.

This recipe requires two rises. The first is for 8-20 hours (usually overnight) just after mixing the dough.

The second is after the bread is formed (and before scoring) for 1-2 hours. If you cut rise time short, your baguette will be denser.

Bake with a water bath.

This is a super fun trick I'll be using for all my future crusty bread recipes! Pour two cups of boiling water in an oven-safe bowl or a deep pan.

Make sure there are two racks in the oven. The water bath goes on the lower rack, with the bread loaves on the upper rack. Then you bake for 10 minutes before removing the water bath.

Other than removing the water bath, keep the oven closed for the duration of baking. Releasing heat too soon can prevent the bread from rising or forming a tough crust. You can use the oven light to check on progress.

Let parts of the crust get nice and brown.

I recommend baking past golden brown, when you notice a nice browning crust. This yields the best inner and outer texture.

*Using a baguette pan/mold: Without using a baguette pan or mold, the dough will spread horizontally instead of rising vertically. This is because gluten encourages vertical rise. To remedy this with gluten-free baguettes, use a mold or baguette pan. You can also get creative with silpat, a baking dish, and ramekins like I did here: (photo of weird baguette).

** Gluten-Free Flours: I tried both Pamela's All-Purpose Gluten-Free Flour and Bob's Red Mill 1-to-1 gluten-free flours and this recipe works great with both! The dough is a little more wet with Bob's Red Mill 1-to-1 and the final product is still excellent. Note that King Arthur GF Measure for Measure flour says "Not recommended as 1:1 substitute for yeasted recipes" on the packaging, and will not work with this recipe. For more flour notes please read the comments.

Storage: Store on the counter for up to 3 days, wrapped in a cotton dishtowel. You can also freeze the baguettes for up to 3 months. Allow to cool and wrap in plastic or slice into a ziploc bag before freezing. Reheat frozen baguettes in the oven at 400 degrees F until heated through (about 5-10 minutes).

Congratulations!! By making these baguettes, you just leveled up in "Gluten-Free-Living" 😉

I'm Jamie -- a former math and science teacher, now full-time food blogger and photographer. I love to live on-the-go with tasty food to take along!

About your recipe developer

Former math and science teacher, now full-time food blogger and photographer. I love to live on-the-go with tasty food to take along! More about me → 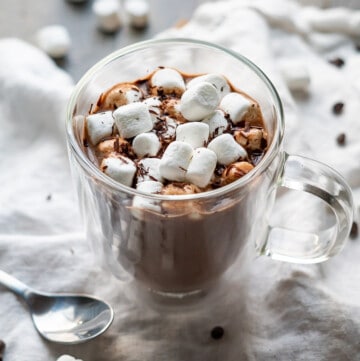 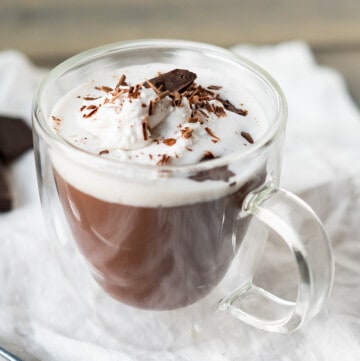 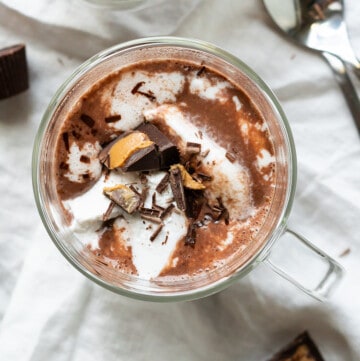